Registrations for the Symposium will be closing soon
The last date to register for Sydney is Monday 1st August, last date for Melbourne is Tuesday 2nd August. 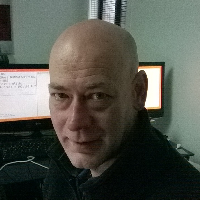 Garry Wood is an experienced Delphi/Pascal programmer who has used Delphi/Pascal for many large scale projects from high volume mail servers, to an NTFS driver and a full TCP/IP stack. Besides programming he has been a musician, a truck driver and a restorer of old trams.
Ultibo.org

Ultibo is an IoT (Internet of Things) solution for Raspberry Pi that uses Free Pascal to write applications that run on Rasberry Pi bare metal. Garry will show you how Ultibo will let you take your Delphi knowledge to a platform you may not have ever considered available to you before.

Where do you live

Ballarat, Victoria.  About one hour drive to Melbourne on a clear run.

What does your business do ?

Officially Ultibo.org isn’t really a business as such, it’s an open source project that aims to provide a platform for creating Internet of Things (IoT). To be correct Ultibo.org is a part of SoftOz which is our software development and consulting business, we’d really like Ultibo.org to have a life of its own in future and not be totally dependent on us.

What do you do outside of work – hobbies, sports

I once played guitar in a band, actually a lot more than once. I did it for over 10 years in total and it was a huge amount of fun travelling all over the country.

How did you get started in computers

I think I must have been about 14 or so, I saved up and bought a development board based on the Motorola 6802 CPU. I still remember typing instructions in hex and then pressing the run button to see if it worked, most of the time it didn’t but once in a while you had a little success.

Have you worked in other fields ?

I haven’t always been a programmer or even in IT for that matter.   At various times I’ve done things as far away from IT as you could imagine from driving a truck to restoring old trams.

How did you start with Delphi

I first saw Delphi at the Technical Book Shop in Melbourne, it was Delphi 1.0 and they had a pile of boxes stacked near the front door of the shop. I bought it based on what it said on the back of the box and had never used pascal before. I think it cost something like $150 at that time and I figured if it did half of what it said on the box it could be a good thing. I haven’t stopped using Delphi and/or pascal ever since.

What interesting technology challenges have you tackled ?

I once wrote an operating system in pascal (actually that’s the current project isn’t it!). Over the years I’ve used Delphi for some very unusual things, mail servers that process a million messages a week, identity management systems tracking over 100,000 user accounts. Then there is the low level stuff, a desktop deployment tool which included server components for a bunch of platforms and really low level disk and file system handling for the client machines, all of this in either Delphi or Free Pascal.

Do you have any claims to fame in the IT industry ?

I can’t prove it but I’m pretty sure that I am the first person in the world to implement NTFS file system in Pascal and one of only two people in Australia to implement a full TCP/IP stack.

Are there any interesting uses for the topics in your presentation ?

The possibilities are pretty well endless for the Ultibo project, something I would really like to create is a gadget that actually does what you wanted it to do, rather than the ones you buy which always leave you disappointed.

You can meet Garry and other presenters at the 2016 ADUG Symposium
– Thu 4th August in Sydney
– Fri 5th August in Melbourne
– Scintillating presentations
– Chat with like-minded developers
– Win a prize – recently upgraded from “probably” to “definately“.

Thanks to the many Symposium sponsors, every pre-registered attendee is guaranteed a win from the total prize pool currently valued at $27,894